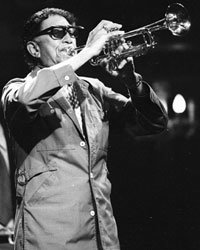 Passion can be both inspiring and contagious. It is also immediately recognizable. I saw it for myself recently as I was transferring some videotaped footage for a client.

The footage was of her father, renowned Grammy award winning jazz musician Doc Cheatham, who at 91 was still traveling the country, touring and playing to packed venues. He died while doing what he loved, playing the music he loved to play.

Doc’s career spanned over seven decades during which he played with such notable talents as King Oliver, Louis Armstrong, Cab Calloway, Bessie Smith, and Benny Goodman. He continually worked at perfecting his technique and successfully managed the transition from lead trumpeter within various bands to having a career as a soloist – a feat he accomplished at the tender age of 60.

He didn’t begin singing, in addition to his playing, until he passed 70 but it was well received and he continued the practice until his death. His final performance was at the Blues Alley Club in Washington in 1997. He died two days later, eleven days short of his 92nd birthday.

That is an accomplishment we should all believe to achieve – to be able to work at what we love right up to the time we take our last breath. To continue to learn and grow, developing our passions and providing them with the fuel that keeps them burning strongly within our souls.

Thanks Doc, for the music and the memories.

PS. His passion was certainly contagious. His grandson, Theo Croker, is an accomplished trumpeter in his own right having just been named as one of the top jazz artists to watch in 2019 by Jazziz Magazine.

Michael Ondrasik and Home Video Studio specialize in the preservation of family memories through the digital transfer of film, videotape, audio recordings, photos, negatives and slides. For more information, call 352-735-8550 or visit our website. 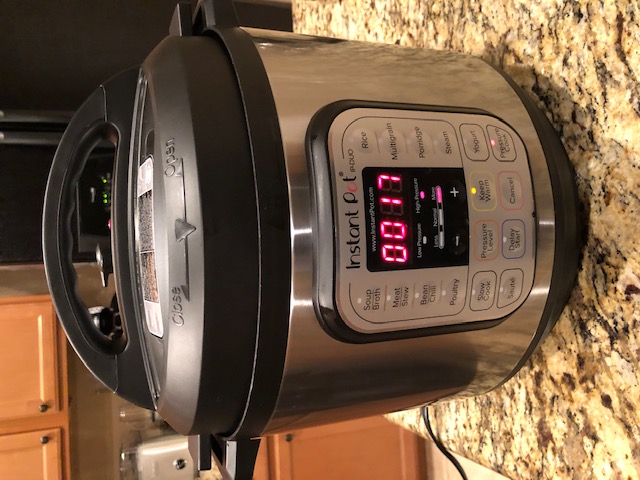 My wife and I don’t do it nearly enough, even though we both enjoy it.

Get your minds out of the gutter… I’m talking about hosting dinner parties.

We’re pretty good, even if I do say so myself. But it is an unbelievable amount of work which is why they are infrequent events for us. Nevertheless, every so often we feel obliged to have good friends over to catch up, break bread, and laugh a lot.

When we do, my job is the menu and meal preparation. My wife is in charge of decor, conversation flow and cleaning up afterwards. Her responsibilities require a back-breaking effort. My job has admittedly gotten considerably easier thanks to our acquisition of an Instant Pot.  The entree for our last dinner party was both simple and delicious and because it was prepared in the Instant Pot, I did not feel removed from the pre-dinner discussions which has so often been the case in previous parties. Here’s what we served our guests and it shot straight to the top of our company meal options:

The dish works exceptionally well when paired with rice and asparagus or mashed cauliflower.

And for dessert, coconut milk ice cream covered with raspberries, strawberries and blueberries which had been marinated overnight in limoncello, fresh mint and basil.

All in all, a delightful evening with good food, warm and friendly conversation, and more than one trip down memory lane with old friends.  We should do it more often (said the guy whose job isn’t to clean up after.)

Michael Ondrasik and Home Video Studio specialize in the preservation of family memories through the digitization of film, videotapes, audio recordings, photos, negatives, and slides. For more information, call 352-735-8550 or visit our website.