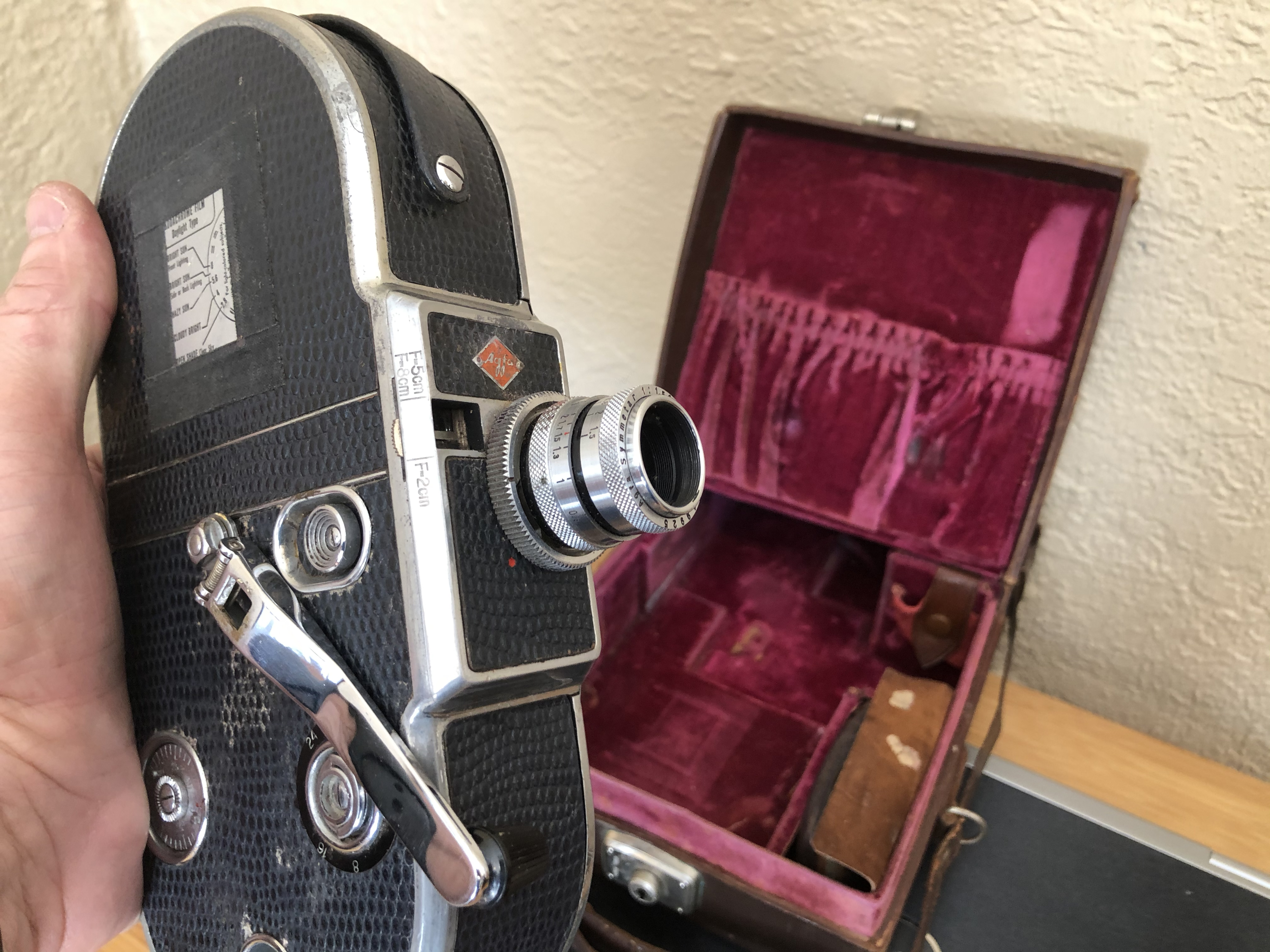 We, at Home Video Studio, are kind of in a time capsule business. People bring us items that have been buried for 50, 60, even 70 years or more and ask us to unearth their secrets. And sometimes, after we’re done, they let us keep some of the old capsules themselves.

The camera pictured above was given to us by one of our clients. It belonged to his family, most likely his grandfather.  It is an Agfa Movex 16mm camera circa 1930s, complete with leather case and light-gauge. It was a German camera and what makes it remarkable to me is the film that we transferred for the client that brought it in. There were 4 reels of 16mm silent film and after transferring the footage and watching it back we were mesmerized to find that our client’s grandfather, most likely with this camera, was seated in the stands of the 1936 Berlin Olympics, filming the games.

The final reel was taken much later and showed a jeep ride through the rubble-strewn street of post-war Berlin.

I’m not able to show you the actual footage we preserved for our client but I found a website with some pretty spectacular still photos of that historical event.

Michael Ondrasik and Home Video Studio specialize in the preservation of family memories through the digitalization of film, videotapes, audio recordings, photos, negatives, and slides. For more information, call 352-735-8550 or visit our website.