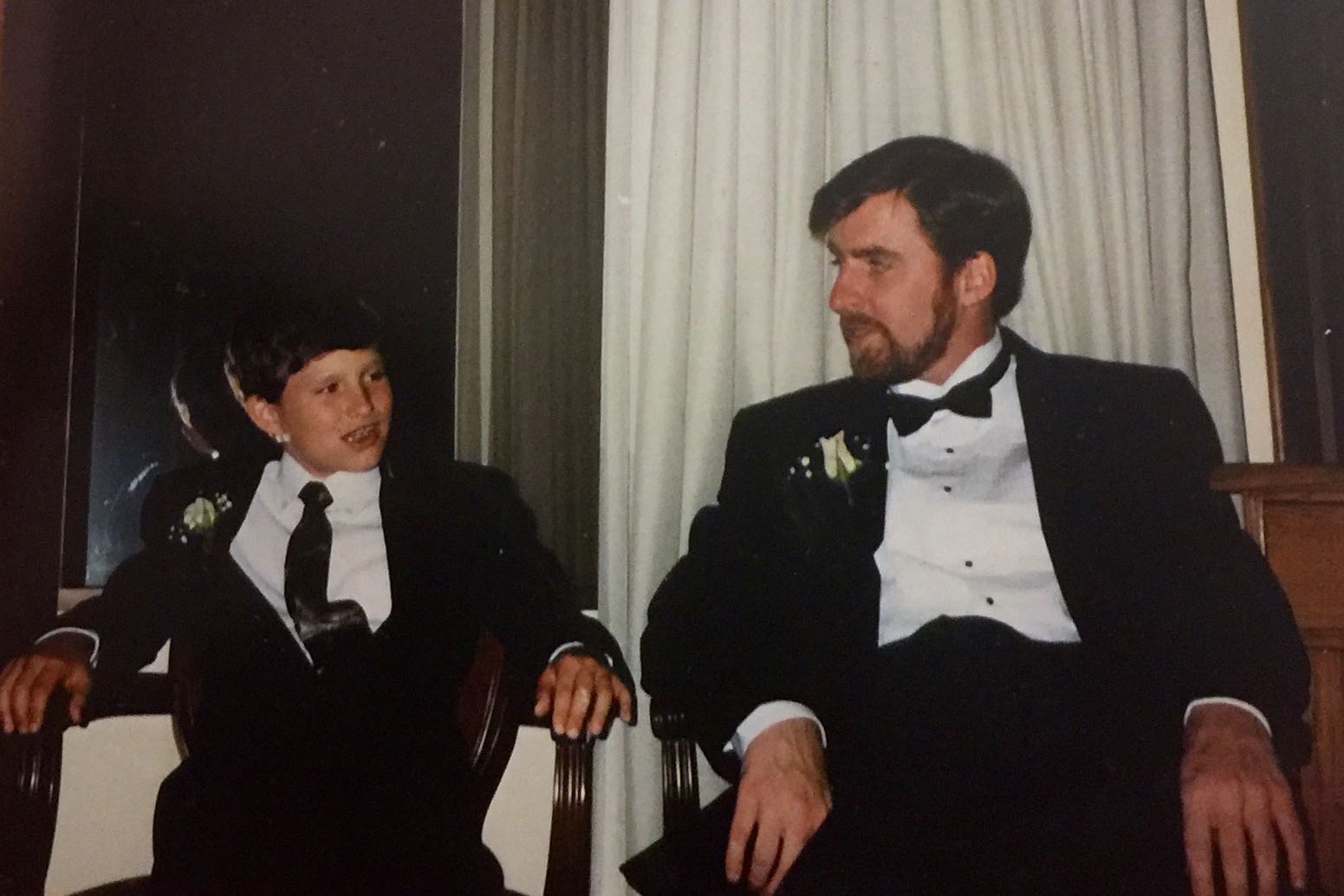 Happy anniversary to me. 26 years. That is no small feat. We’re having a nice ride, the two of us, and speaking for myself, we’re enjoying each step along the way.

Invariably, on such an occasion, one’s mind takes you back to the beginning. I married my wife on April 3, 1992. She, through a previous marriage, already had two sons, aged 11 and 13. She also had a huge support system around her in Orlando where we were married. She had lived there since she was a child. As a recent northern transplant, I did not have the same. I had no groomsmen, no best man… I was pretty much on my own on my wedding day.

I heard what happened as my wife arrived at our wedding venue. Even though we were keeping things low key, as soon as she arrived, a number of her lady friends whisked her off to attend to her every need. Me, I arrived unannounced and unattended. I sat in a corner waiting to be beckoned. And it didn’t seem to me like anyone had any intention of beckoning.

To my surprise, as I sat alone along a lonely wall of windows, Kate’s youngest son walked over and pulled a chair alongside me. He was 11. He didn’t say a word. He just noticed I was by myself so he decided to sit with me as I waited for the minister to tell me it was time to stand up and get married.

I had a lot of thoughts and emotions swirling about my mind and heart that day but I will never forget the simple loving gesture of a young boy whose unvoiced actions let me know that I was being accepted into his world. I would love to think I had a hand in developing the character of this child who would grow into an incredible husband, father, and man… but the truth is, his character was already present and would teach me more about giving than I could ever teach him.

Michael Ondrasik and Home Video Studio specialize in the preservation of family memories through the digitalization of films, videotapes, audio tapes, photos and slides. For more information, call 352-735-8550 or visit http://www.homevideostudio.com/mtd.